Inviting Christine Matth&aumli to be one of the artists featured in Energy: The Power of Art brought unintended benefits, of the sort that perfectly accord with her own philosophy of resonance and fortuitous revelations. After the show was installed, about a week into the run, I suddenly noticed how central her work is to its aesthetic.

There were uncanny connections to other works in the show, including the scientific images, that led me back to my copy of C.G. Jung's Man and his Symbols, where the image of the maze at Cnossos is among the most important archetypes.

Matth&aumli’s labyrinthine meditations have a marvelous multi-media comprehensiveness. They begin with photographs of the ripples on a beach (East Hampton, the Bahamas and Miami, reminding me of Le Corbusier's black-and-white photos of beach patterns) and add layers of sand itself, gold, glitter as well as words and the frequencies of the ancient solfeggio scale (396 Hz, 417, 528, 639, 741 and 852).

The healing properties of the musical tones join are like listening to the melismatic chants of Hildegard von Bingen (who additionally wrote books about medicine and language).The universality of her labyrinth surfaces in several other works in the exhibition, including the Berenice Abbott and Man Ray's photographs juxtaposed with Matth&aumli's works, as well as the "walk-in" aurora borealis installation, with its concentric paths of fabric and the nano-level images of the silicone loops from Brookhaven National Laboratory.

Much of the credit for this fascinating connectivity goes to Matth&aumli's own talent for correlating the metaphysical with the physical, through sound, color, correspondences, structures, symbols, textures, words (I always love a textual component when it is accomplished subtly) and even mathematics. She is the epitome of the idea we hoped to share, to make the invisible visible, to bring energy to the wall. Leonardo da Vinci would have been entranced. 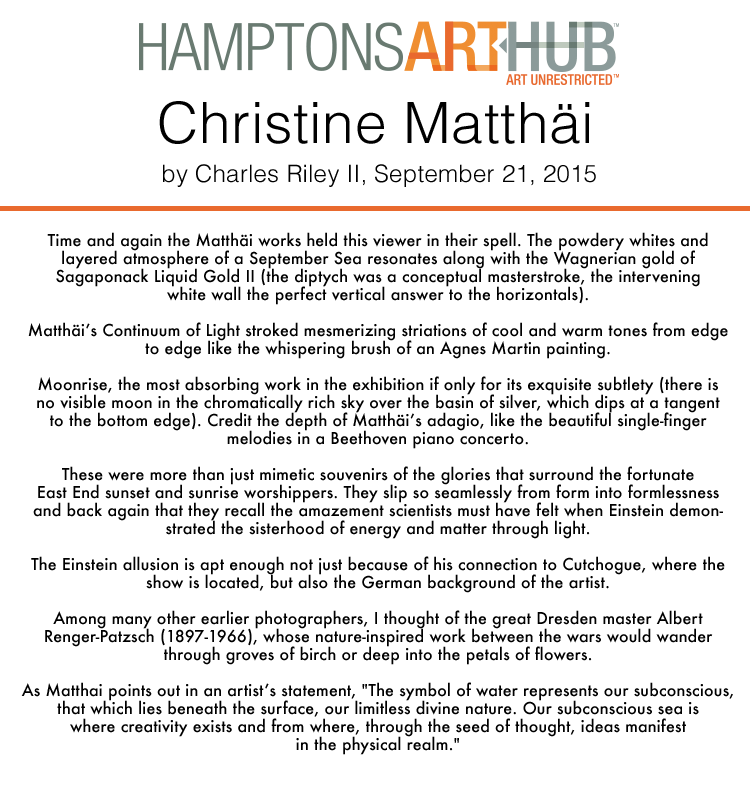 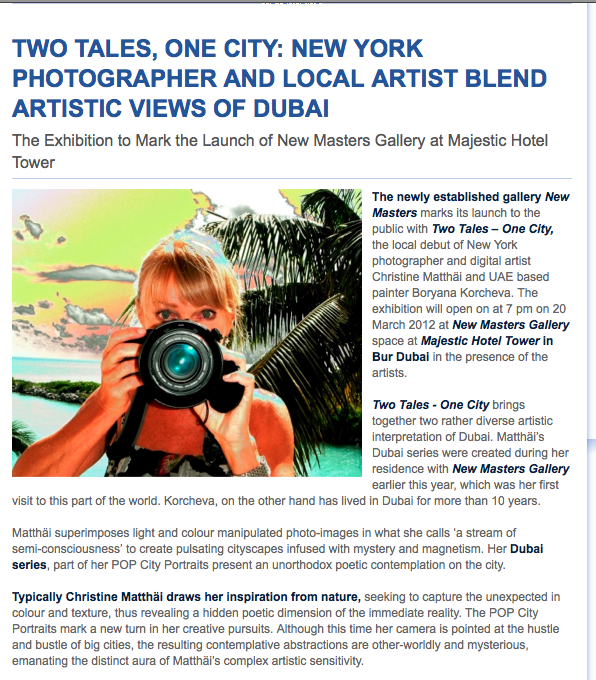 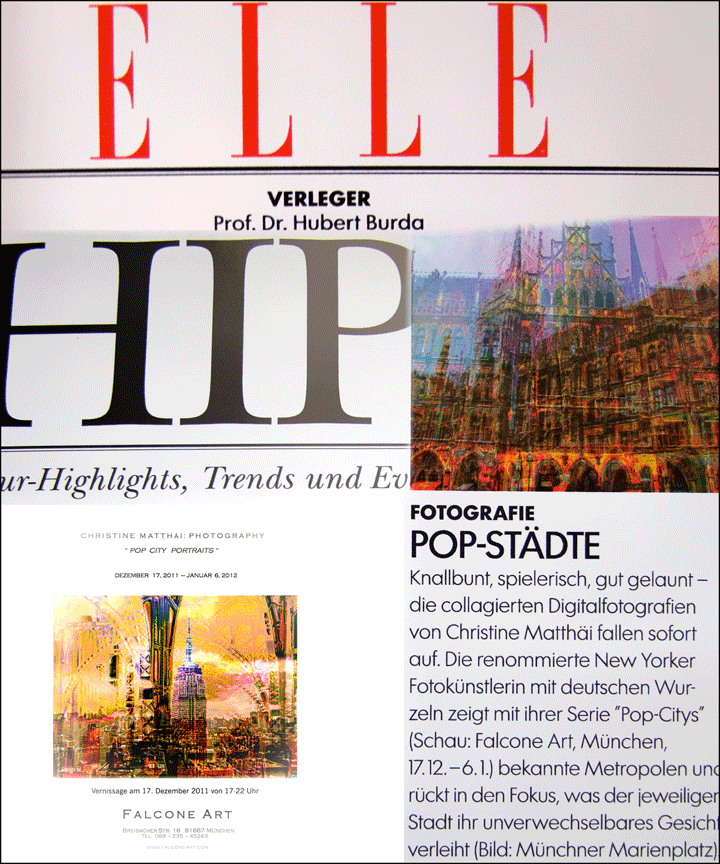